Below is the latest news for Wicks and Wilson products and technologies from The Crowley Company. 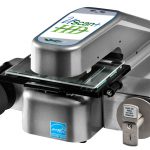 Frederick, Md. – Crowley Company owner and president Christopher Crowley announces the formal release of the UScan+ HD, the next generation in the UScan+ line of universal microform scanners. Utilizing three decades of Mekel and Wicks and Wilson technology, the company’s manufacturing arms, Crowley is now offering the highest resolution on… 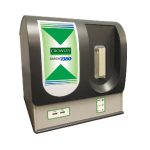 There are a thousand aging i7300 and other model reference scanners still in use, which speaks strongly to market demand. Unfortunately, the Windows XP platform on which many of these were built is no longer supported by Microsoft; ongoing maintenance and repair is becoming costly. The MACH7380 has been engineered to continually adapt to future operating system versions. 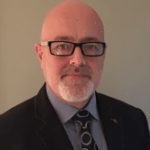 “We’re particularly excited to have…”

Frederick, Md. – The winners of the 2015 Communicator Awards have been announced by the Academy of Interactive and Visual Arts on Thursday, June 11th, and Frederick-based company Digital Bard received recognition for six entries.

The top honor, an Award of Excellence, was awarded for an 11-minute branding piece created in conjunction… 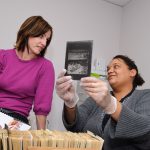 Frederick, Md. and Las Vegas, Nev. – Christopher Crowley, president of The Crowley Company, announces a new product to be displayed at this year’s American Library Association (ALA) Annual Conference & Exhibition (ALA) at the Las Vegas Convention Center in Las Vegas, NV from June 26-30. … For the first time in more than a decade attending this conference, Crowley will also offer free onsite collection imaging estimates by imaging specialist Meghan Wyatt.

Frederick, Md. – Once again, The Crowley Company will use CeBIT, the world’s largest trade fair showcasing digital IT and telecommunications solutions for home and work environments, as the platform for the international debut of new scan and imaging systems. This year the company will introduce a brand new archive scanner from EPM Equipment’s IMAGELINK brand, the i7380 reference archive scanner.

Ramsey, NJ – Konica Minolta Business Solutions U.S.A., Inc. (Konica Minolta) today announces the forthcoming availability of the UScan+ microform scanner resulting from a partnership with The Crowley Company, a leading manufacturer of digital and analog film technologies. Developed by the company’s Wicks and Wilson division, the UScan+ Universal Film scanner will be available to all Konica Minolta customers, offering ease-of-use and a broad range of micrographic scanning capabilities.

Crowley Company president Christopher Crowley announces the formal entrance of the UScan+ Universal Film (UF) reader/scanner into the digital imaging market this week. “The original UScan, which came to market in June 2012, was quickly embraced by end-users for its small footprint, pricing and user simplicity. This next generation, the UScan+, is the result of customer feedback and their desire for additional features.